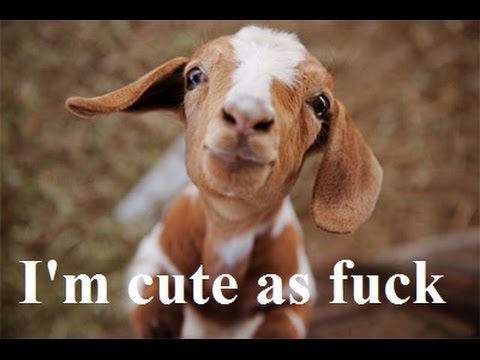 Once upon a time there lived a she goat who believed she was a unicorn.

Normal goats could  distinguish yellow,orange, blue, violet, and green from gray shades of equal brightness.Here was ‘want to be’ unicorn who could see the rest of the colors as well.This was her secret,she could see goat vision through one eye and the other was the real vision with all shades of colors that made her feel blessed and alive.

She was a strong  believer who could almost see her invisible wings and her super unique horn that was glittery and rainbowish.She dreamt of going to faraway places and drinking crystalish water from silver waterfalls.She also dreamt of being friends with non-goats because she knew that would broaden her perspective on life.She had so many dreams that she wrote them down in order to not lose track of them.

As a goat she had limited resources and lacked a mirror so she used her mother to refer to her reflection continuously.

Mother goat was a smart woman who had seen life more terms than little baby goat.She wanted baby goat to be safe and leave behind her fantasies of being a unicorn because goats were goats and unicorns were unreal.She did not want baby goat to get hurt at all.She was careful with her baby and always taught her what were the basics of being a she goat,how she was to chew grass and how she was not to make too much of a mess while eating because she goats were the epitome of elegance.

There was a long list of how the baby goat was supposed to carry herself.

1.She was not to go too far into the woods because the unknown laid there and of course it was not safe.

3.She was not to taste different grasses only the ones her mother chose..

4.She was not to be friends with non goats like the dog,cat or even sheep  that lived around them because difference was not safe.

5.She was not supposed to dream of being a unicorn because her main aim in life should have been to be milked for humans,and eventually be sacrificed for the purpose of quenching others thirst and hunger.

6.She was not supposed to answer back her mother or ask her too many questions because goats are not created for the purpose of thoughts or debates,they are supposed to live their lives for others.

7. She -Goats were not supposed to have opinions or leaders,just followers and they were also not to speak their mind for they might have offended other goats and create chaos,of course goats were just supposed to feed on grass and well not peculiarly care about anything else except for looking good.

Did little baby goat who wanted to be a unicorn give a damn about these rules?

She was going to maaaahhhh at aunty goats who called her un-cute and un -she goatly.She secretly dreaded how there were so many expectations of a she goat,she sometimes wanted to be a he goat just like her brother goat who was always hanging out with other supposedly ‘cool’ goats.He sometimes boasted about how other types of grasses tasted and how magical his experiences were when he went to different forests with papa goat.Papa goat was baby goat’s favorite thing ever,he never reminded her of the limitations she had as a she goat.She wanted to be just like her papa goat who did not give a shit about most of the things in life.

She wanted to express her self and be an amazing she goat,an amazing goat…an amazing thing alive…or whatever.She did not really want to grow up She wanted to live and laugh and love herself and everyone else.She wanted to see the world and if the grass was a different shade of green in different lands.She wanted to know if other goats ate something else rather than grass.(She secretly liked strawberries and the after taste of that,did other goats even know the term called ‘aftertaste’?)

She had seen her cousins,taking up aim to breastfeed and reproduce and serve humanity by reproducing.Yes baby goat dreamt of being more than a goat who could make lives better,of-course she wanted to be a mother someday as well but before being a mother she wanted to live fully as a child.A child who fell a lot,learnt a lot,made mistakes and stood up…this was not too much to ask for was it?

She was struggling most of the times between what she should be and what she thought she could be.

She knew deep down inside she could be a unicorn, but everyone around her told her to be someone everyone was comfortable with.

Baby goat believed in herself,believed in pond reflections and paused moments.She was going to be an amazing goat chewing on some fancy grass cheese-coated in Luxembourg.Damn right she believed in her self!!!!!!!!!!!!

She maahed away all the negativity and left home in search of a nice pond where she could actually look at herself and decide if she was capable,she was scared,lost and hungry during the journey.

The grass was brown and dead not even yellow!As she moved further she met an elephant,she did not know what an elephant looked like so she was fascinated,forgot hunger or pain during that moment.

The elephant was a nice,calm soul with a lot of stories.Good memories always creates great stories she said.The elephant was called Sam.Sam was an amaziiiiinnnng creature who knew where what was.Baby goat loved Sam instantly.Sam made her realize that differences should not always be the cause of devastation but the damn reason of celebration.Sam was even cooler than Macklemore.

Baby goat knew Macklemore because she had heard the farmer boom thrift shop from his pick-up truck speaker.

Anyways Sam and baby goat were inseparable after that,Sam promised to help her find the pond which had the calmest water so she could reflect,figure herself out and just be a jaw-dropping glittery unicorn.

There were windy days,rainy days,sunny days,sad days,okay days and pmsing days.Baby goat learnt a lot about herself,her tolerance,her strength and weaknesses.Momma goat was right about something,life was tough and if a goat did not want to be a goat but something else it’s life becomes dreadful.

Ofcourse there were days when she wanted to go back ,give up and become a proper she-goat.Then she remembered death and uncertainty were two better than things than life lived compromising and ‘adjusting’

Eventually Sam and goat found the pond that they had always fancied.It was nothing fancy.Even still ponds stirred because there were things inside them that were alive.Noone had told her that before.

That is when she realized that external things were not supposed to be relied on for reflections.Learning things were different than being taught,lessons learnt were learnt by heart and lessons taught were boring.She realized not to give a shit about acceptance and made her own floral tiara from the bright yellow flowers near the pond.Sam was kind of sad because baby goat did not really get the chance to be what she wanted.

‘Silly Sam! I have already understood the most important thing in life.’she said giving away her sincere smile.

‘So what is it?’ asked a confused Sam.

‘Self-acceptance.I am totally comfy in my skin and I can see my unicorn wings and horn,it is not my problem others are blind.I can see it,I can feel it,hence it is my truth.’

Baby goat was finally a god damn glittery,sparkly unicorn with bright yellow flowers as her tiara.

iThere are no comments